As his enemies swarmed the warrior cries, ‘I am no hero, you are no saints, cross this line and my steel will be your end’ as with his stained blade he scores the ground

The enemy charges, many fall, lesser men run as the more skilled meet their match

The warrior falls, cold metal in his chest ‘Well done my friend, for you have caused my end’ he defiantly laughs, ‘now as the new champion you have to defend the line’

The new champion turns to see the horde, and rescores the line ‘I have taken my victory, at the inevitable cost of my life’, as he becomes the punch line to the joke that upon him life has played

One in a long line of men defeated by their own pride, for great it is to know victories prize, the price is to lose it to another at the cost of your life 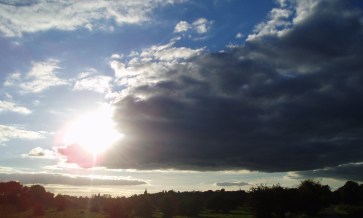 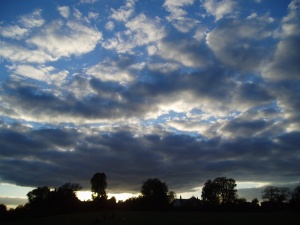 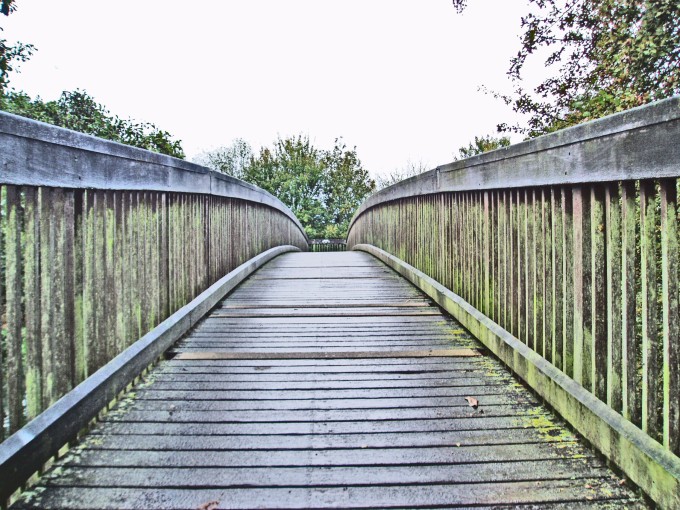 Part 2 Fourth drink in twenty minutes and a blonde to boot:

“So you shot him with the stiletto?!” his laughter sounded atrocious “hell, that tale deserves another drink” the fact the well-dressed beauty was laughing into her empty glass like a slob made it all the more amusing. For the past thirty minutes they had exchanged war stories, her fondness for hover bikes and some less than polite jokes (told equally by his female companion!), “Another bottle?” the bartender asked, his attitude and posture more energised “I’ll throw in that hole in the head for free” a cheeky little side comment to get into the spirit of things.

Being in an exceptionally rare good mood, smiling even, Bob was as quick on his return “I’ll take your finest drain cleaner bar keep” ‘bar keep’ spoken with an air of sarcastic entitlement, the bartender playing it straight despite obvious attempts to conceal another Cheshire cat grin “Would sir like it strong enough to melt metal, or just enough to dissolve what’s left of your self-control around ‘Blondie’?” this time it was the lady’s turn to smile.

Despite eight tall glasses, intoxicating perfume and the perfect image of femininity massaging his senses Bob was still sober, but inebriated enough that his sense of rage and resentment were having a well-earned night off, black market genetics that only off the grid pilots and mercs could pick up, keeping his reactions on a hair trigger, just in case.

As conversation turned to more serious topics, Bob had given Blondie a vague idea of his current dilemma, a covert attempt to get the mystery women to reveal her own reasons for why she was in a dive like this; questions like, Why him…? What were her motives…?  Why the worried glances towards the bars saloon style doors…?. A lack of answers was making Bob’s suspicious nature have a screaming fit “Well I hear that you pilots say ‘Mind yourself, your sidearm and your ship, everything else will take care of itself’” Blondie skilfully ducked Bob’s attempts to draw out the information he sought with a cleverly manipulative remark, he’d have to try a more direct approach.

Bob had barely opened his mouth when Blondie’s face twisted with fear, her look somewhere between ‘hearing bad news’ and ‘about to be hit by a tank’ as in trying to speak she only managed an arid cough, her skin now paler than Bob’s. “YOU BITCH” a crass insult carried with such wrath “YOU THOUGHT YOU COULD JUST LEAVE, HUMILIATE ME LIKE THAT.” Bob instinctively turned to assess the threat, the threat  being a young and pompously dressed Junior Official of some kind, his eyes locked on Blondie “YOU OWE ME BITCH AND I’M GOING TO TEAR THAT SLUTTY DRESS, TAKE YOU…”

Bob never pretended to be a hero and wouldn’t be caught dead as a saint but disrespecting a woman, the charming company giving him an eleventh hour reprieve. In a flash his black market genetics cleansed any trace of alcohol from his system, sheer clarity and reaction speed as only a Spacer could know let him leave his barstool in an instant, that incredible venom pulsing through his veins as pure and black heartedly as ever.

“Show some respect you rude little prick” spoken quietly but loaded with more than enough dangerous intent to silence the entire bar, the air filling with tension quicker than Blondie’s anxious heartbeat, the Junior Official frozen in fear, sheer stupidity and shock slapped all over his gormless face.

“Now, if you have an issue with the lady I would be happy to mediate, but if you say anything that even hints at rude I will…” the little prick interrupting Bob’s futile attempt to resolve the situation without resorting to his gun;  “THIS IS BETWEEN ME AND THAT WHORE..” the Junior Official never completed his clumsy insult as a ball of burning energy ripped through his leg, the heat from the brutish pirate blaster in Bobs tight grip building up again as it charged for another shot, Bob felt not a hint of regret as far as he was concerned he had given fair warning.

Every downtrodden and repressed resident of the bar secretly cheered, but nobody dared break the silence that allowed Bob to keep his volume at a threateningly cold low “I’m a Spacer, a pilot and a merc….         I don’t dress up in fancy clothes, play nice with others or pretend to be respected in this god forsaken galaxy” Bob’s menacingly slow steps closing the distance between him and the disrespectful wretch on his knees.

The Junior Official held back his cries of pain in fear of again interrupting the stranger that seemed willing to cold-bloodedly shoot him dead; without concern “but I can out shoot and out think you to such a degree you are but a stain of unwanted human bile under my military grade boot” Bob’s glare and words as dangerously charged as his pirate blaster “and you should know, I sent the last little prick that interrupted me straight to hell, fast lane style” the blaster’s barrel resting on the wretches’ forehead, steam rising as it burned his sweat soaked skin.

With Bob standing over the failed attempt of a human being, the Junior Official’s wide eyes welled up, a fresh set of tears streaking down his pain ridden face “I’m… I only… She was meant…” a hint of the man’s original anger creeping back.  Bob noticed a trembling hand drifting towards some pitiful excuse of a stun gun, continuing in that cold dead tone “Leave now, and if I ever have to endure your presence again…” Bob’s contempt crystal clear, he didn’t even bother to complete the threat.

Despite the hole in his leg, a nice little burn on his forehead and having nearly collapsed in shock, not forgetting paralysing fear, it took the Junior Official only as long as Bob’s quickly paced stride back to his still warm bar stool, to crawl out of sight. Bob took his place next to Blondie, stonily glaring forward at the bottles lined up behind the bar as he wasn’t able to face her just yet for fear of his reaction “And that’s why you picked the most sober person in the joint to strike up a conversation with…”

I cast my heart, Into the river deep 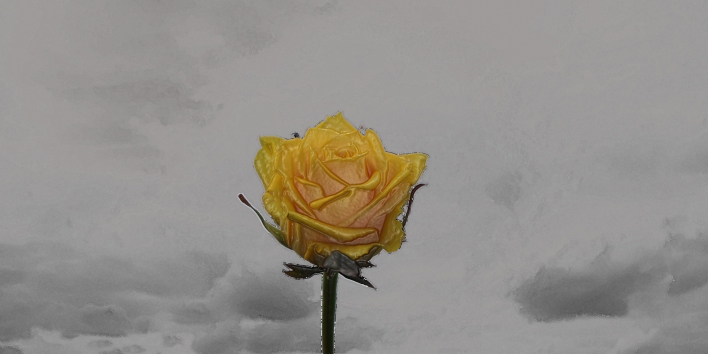 Poems, Short Works, The Lady and the Thief

The Lady and the Thief PT1

A sweet evening to spend, on a path of flowers bright, as the young couple wonder with a sparkle in their eyes
The bad men came around the corner with knifes in hand, a lust for the jewels and the lady upon which they sit, with only a good man to stand in their way

The years that would follow would not be so kind, at least the good man went to heaven, as into her own hell she descends
It is after the years she has suffered, freedom won by chance, the passing assassin had made her captor a target, as the dark warrior they encountered fought to earn his remorse

The hours have passed in an age so long, yet they are willing to wait for the fate they bring, each with a reason and a sin

The room was black, but the warrior was darker still, the two thugs were over confident, the confidence that comes from having an army behind them
Their leader even more so, as he feels no threat from a man alone
Voices are raised; the gang wants its blood, the warrior calm as he delivers his demands

She takes her dagger out of the first, as the second turns to fight, too late to stop the blade that she placed in his gut
The third and forth were no help; an assassin placing an arrow in their backs, the third one to suffer such a fate as the army began to scatter and run

In the room the leader withdraws, scarlet ribbons across the wall, the first thug a mess upon the floor, as the second makes a move too foolish to regard to any degree
The leader running, deep into the night, far from the fight

As the morning sun made its play upon the day the leader crawls into his bed, the remains of his army, staining his bloodied feet, as into the arms of a woman he feels relief
She makes him feel welcome, releases tension with a tease, the wine flowing freely as the previous night’s terror fades
By drink he is weakened and in her arms he lays, all flesh and temptation without his armour and blade

She thinks of the torture as on the nightstand she has glanced, the jewels she wore so long ago, before the terror and the vice
A look in his eyes, as her identity is revealed

White sheets of satin, and night gown of silk
Now red with desire and the vengeance of a woman, having ended the leader’s life